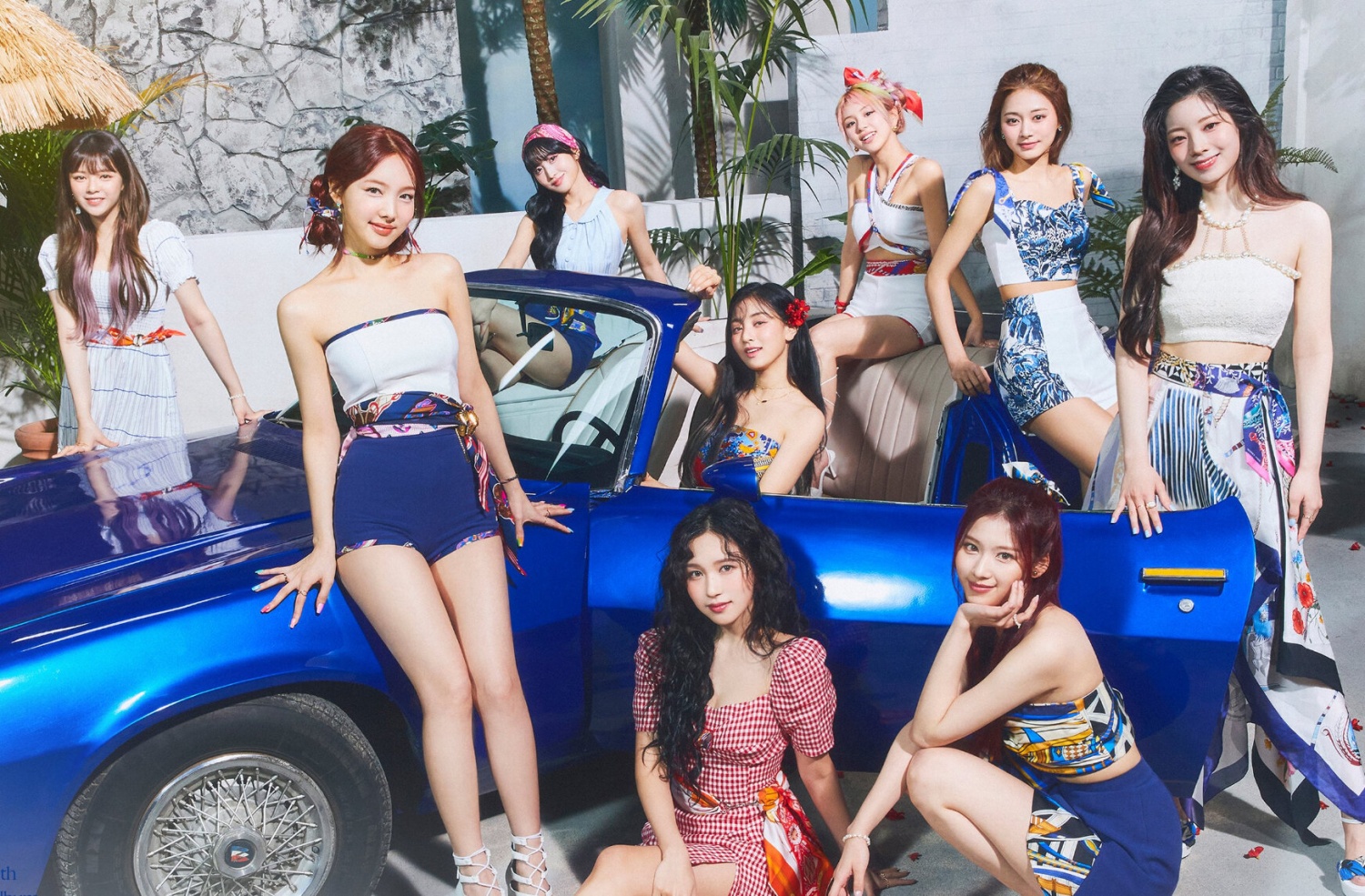 Based on the tracklist from their album “Taste of Love”, the TWICE members credit their writing and they are also confirmed to have collaborated with Little Mix member Jade.

On May 31 at midnight KST, TWICE released the tracklist for their album “Taste of Love”.

Their next release will feature the title track “Alcohol-Free”, along with six other songs that include the English version of TWICE’s “Cry For Me” (which will only be available on the physical CD version of the album).

ALSO READ: 2000 days with TWICE: from the status of “ Monster Rookie ” to the “ National Girl Group ”

TWICE’s “Alcohol Free” is revealed to have been produced, written and arranged by JYP Entertainment founder JY Park. Composer Lee Hae Sol also participated in the arrangement of the song.

The members of TWICE also participated directly in their upcoming album “Taste of Love”. In particular, TWICE Dahyun wrote the lyrics for two songs: “Scandal” and “SOS”.

TWICE frontman Jihyo wrote the lyrics for “First Time”, while Sana is credited with writing “Conversation”. During this time, Nayeon was the one who wrote “Baby Blue Love”.

Besides JY Park and the members of TWICE, another notable person on the song list is Jade Thirlwall, a member of a popular girl group called Little Mix.

In early May, it was reported that Little Mix Jade was involved in the creation of a song for TWICE’s “Taste of Love” album. This was concluded when the official Little Mix Twitter account liked a post that says Jade is co-author of the unreleased Korean act song, “First Time.”

And now that TWICE has released the tracklist for their album “Taste of Love”, it has been confirmed that Little Mix Jade has been a part of the band’s next track, “First Time.”

Jade Thirlwall even retweeted the tracklist for TWICE’s comeback album and wrote in the caption that she wrote “First Time” a few years ago with RED Triangle and saved it for the right time. See his post below:

I wrote FIRST TIME a few years ago with @redtrianglepro (N / A to Frances too!) ✨ The song is so special to me so I saved it for the right time so this bop could fully GET its moment 🙌🏽 I’m so excited and honored that @JYPETWICE cut it for their new album 😭🥰💖 Jade x https://t.co/QEXKdcqEUd

Jade has co-written songs for her band Little Mix, including “Salute”, “Change Your Life”, “Shout to my Ex”, “Break Up Song”, “Wings” and their latest release “Heartbreak Anthem.”

In addition to the tracklist, TWICE also released the trailer for the “Taste of Love” album today, May 31st.

YOU MAY ALSO LIKE: TWICE’s “Cheer Up”, BLACKPINK’s “WHISTLE” and many more are the songs from the 3rd gen girl group that reached # 1 on MelOn’s weekly charts.

The video gives off a summery vibe, as the TWICE members can be seen wearing summer outfits. Additionally, the 50-second video shows the sea, sunset, beach, pool, cocktails, and fruit, all of which illustrate the summer season.

Meanwhile, TWICE will release the album title track “Alcohol-Free” on June 9, while their album “Taste of Love” will be released on June 11.

On the same day as the title track’s release, TWICE will make their first appearance on The Ellen DeGeneres Show, where they will perform “Alcohol-Free” for the first time.

What do you expect from TWICE’s upcoming album “Taste of Love”? Tell us in the comments!

For more updates on other K-Pop news, always keep your tabs open here on Kpopstarz.