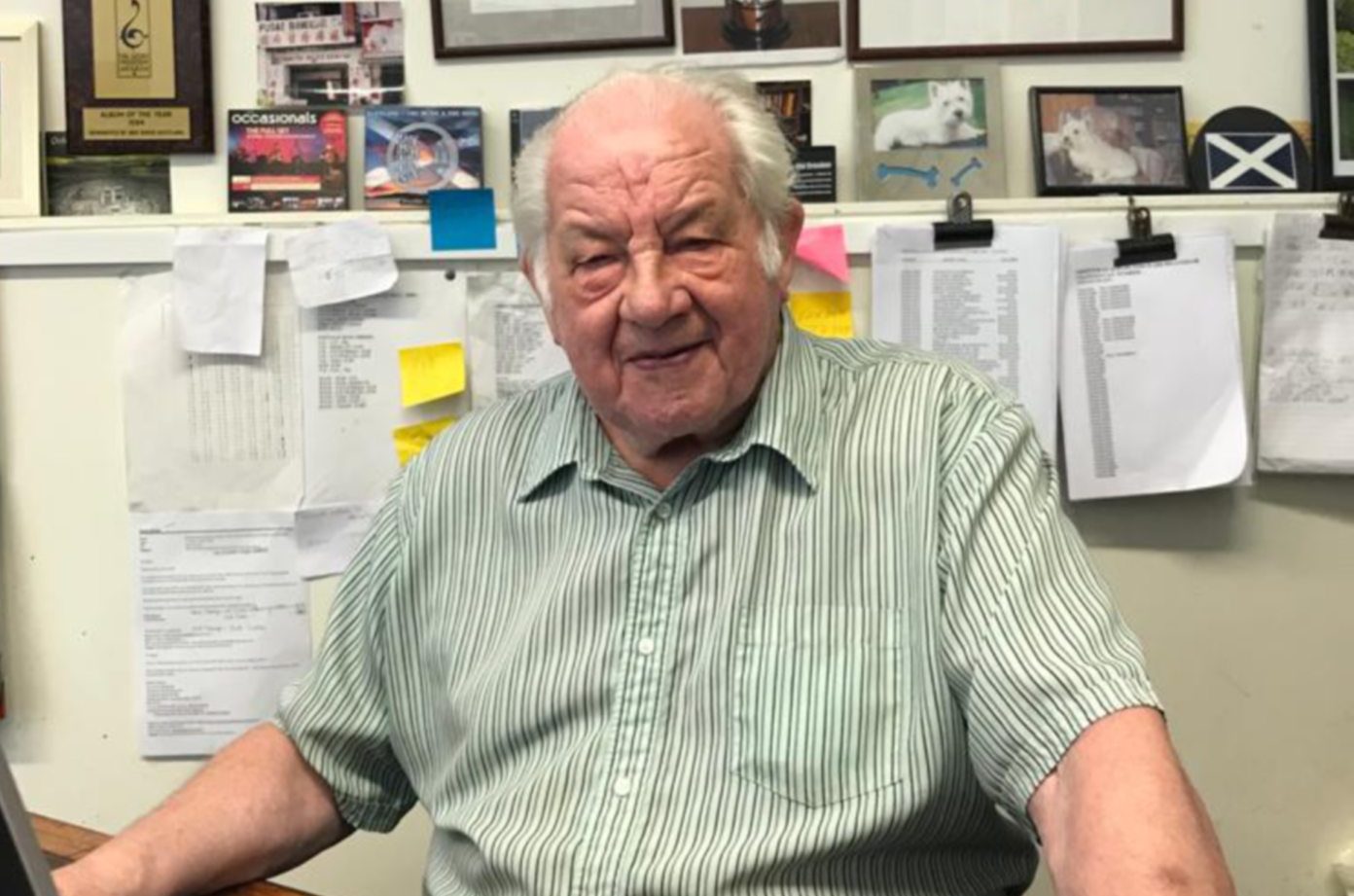 He is the godfather of Scottish folk music, but Ian Green, a policeman turned record company boss, needed every ounce of experience from his days in the force when a young hopeful feared his voice might not be pretty good.

The singer-songwriter’s demos were promising, but more work was needed to polish his lyrics and melodies and, most importantly, his vocals needed to improve as well.

Green, manager of Greentrax Recordings, thought he had conveyed his expert opinion sympathetically to her with spoonfuls of encouragement. “After our conversation ended I didn’t think about it, but a little while later the phone rang and it was the songwriter in a very agitated state, telling me she was going to throw herself away. from the Forth Railway Bridge, “said Ian, whose record label is celebrating its 35th anniversary this year.

The former Lothian and Borders Police Inspector used her 30 years of service to strike up a conversation with the woman. “I told him about our love of music, music in general, other bands and how they had worked to be successful, and how they had not given up,” he said. . “Finally, after a full hour on the phone, she calmed down and no harm occurred to her.”

Green, who started Greentrax Recordings in a spare bedroom at a town hall on Morven Street in Edinburgh, is grateful to run a successful independent label specializing in Scottish, traditional Gaelic, folk and Celtic music that has proven to be less dramatic.

Now 87 years old and with no plans to retire, Green, born in Forres, has invested a lot in his life. He was an apprentice gardener, cycle track cyclist, served in the army in Korea, represented Scotland in angling, exhibited award-winning chrysanthemums and joined the police where he was the organizer of the Police Folk Club – nicknamed Fuzzfolk – co-founded the Edinburgh Folk Club, promoted concerts and was assistant to the director of the Edinburgh Folk Festival.

Recognized as a man who made his passion for traditional music a profession, promoting the music he loved and the musicians he believed in, he was admitted to the Scots Trad Awards Hall Of Fame and received an honorary doctorate from the Royal Scottish Academy. of Music and Drama (now Conservatory of Scotland) in Glasgow in 2006.

Twenty years earlier, he started Greentrax Recordings, funded solely by his lump sum police pension. In the first five years, he reinvested all profits back into the business and did not make any profit to ensure a solid financial foundation.

He had gained a wide reputation through Operation Discount Folk Records he started during the police days and his involvement in the traditional Scottish music scene also paid off, with the Greentrax label giving Scottish musicians and singers very talented but unrecorded opportunity to reach a wider audience.

Artists with their first albums on Greentrax include The Peatbog Faeries, The Paul McKenna Band, and Shooglenifty. Ian points out that a record company must also have a core of established artists and that its roster includes Aly Bain, Eric Bogle, Dick Gaughan, Donnie Munro, Barbara Dickson, Isla St Clair and The McCalmans.

After Runrig, Donnie Munro teamed up with Greentrax for two albums, as did Barbara Dickson.

“Shooglenifty was playing in front of punters in a pub in Leith, but they came to Greentrax and made several albums over the years and two releases had huge sales,” said Ian, based at the Cockenzie Business Center in East Lothian.

He is held in such high regard by his patrons that pipe tunes have been written in his honor and Phil Cunningham MBE and Aly Bain have written a wedding anniversary song – June And Ian’s Golden Years.

Greentrax has released over 500 albums since its debut. “I wanted Greentrax to have a reputation for providing good traditional music and treating artists fairly and honestly,” he said. “I think we were so different from so many other record companies in that we paid their royalties to the artists and looked after them as best we could.

“I’m not hard-line, I never was, so I was never going to be a millionaire. I have been really happy not to chase after millions of books and to listen to some of the best traditional Scottish music in my work.

Green said he hadn’t planned to “do much” for the label’s 35th anniversary other than updating its color and digital catalogs. But a celebratory album was released this week titled The Music And Song Of Scotland, a reissue of Greentrax’s debut compilation of 1989.

It opens, appropriately, with Lothian and Borders Police Pipe Band playing a set from Scotland The Brave, while Jean Redpath, The McCalmans, Eric Bogle and Archie Fisher also appear. “This album, remastered by Peter Haigh at Pier House Studios in Edinburgh, was a showcase for the label and became a Greentrax bestseller,” said Green.

“We hope it will continue to be a popular buy. It is a sample of the best Scottish music and songs of the time, but it has no date. The 18 tracks have been carefully chosen and represent some of Scotland’s best singers and musicians.