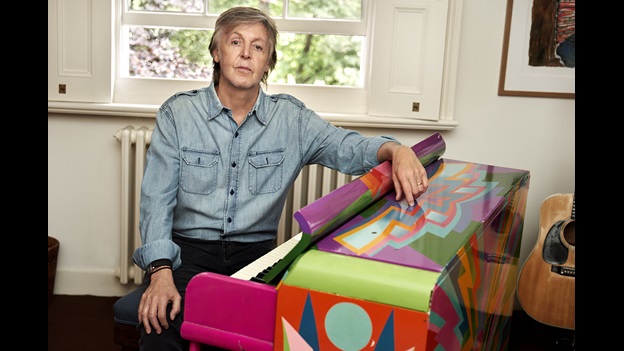 The Paul McCartney: The Lyrics public exhibition presents a retrospective of the maestro’s songwriting.

The temporary exhibition is intrinsically linked to the recent release of the book The Lyrics: 1956 to the Present, edited by Paul Muldoon. Published in two volumes, filled with rare memories, it lists the songs in alphabetical order. Providing stories behind them, Paul McCartney inevitably tells his own in a non-linear fashion.

Aside from a few pieces, swapped and squeezed for design reasons, the display maintains a linear storyline. The exception appears in the middle. The lyrics to 1983’s Pipes of Peace and Linda McCartney’s shot on the set of the previous clip precede drafts of earlier songs, such as 1977’s Mull of Kintyre. Andy Linehan, Curator of Popular Music Recordings at the British Library , explains that there had to be a compromise between the alphabetical plan of the book, the chronology and the usability of the space. “We don’t literally interpret it as chronological but it’s quite chronological,” he says. With 35 objects on board, the exhibit in the lobby gallery appears compact and well balanced. The song lyrics manuscripts are interspersed with rare images and other material from Paul’s collection.

There is a feeling of warm openness and an upbeat mood that is generally associated with McCartney. One of his quotes from the book, printed on the exhibition stand, makes a clear connection between Paul’s attitude to life and the place of origin. “My optimistic attitude really goes back to my upbringing in Liverpool. Music was an important thing in our house. Our family’s annual New Years party was a joyful thing where everyone sat down to sing along.

Although most of the material was on loan from the MPL Archives, some material came from private collections. Written on beige paper with black felt, the lyrics to Yesterday were given by Hunter Davies, known as the author of The Beatles Lyrics: The Unseen Story Behind Their Music. Besides the classics as such and the nicely corrected draft of Here, There and Everywhere are previously unknown numbers. Supposedly composed in the late 1950s, Tell Me Who He Is was found in one of Paul’s old notebooks. 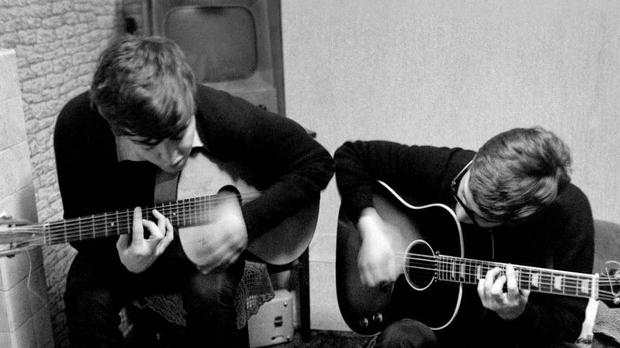 Songwriting is undoubtedly a common thread that defines the motifs of the book and the display. During the winter, the library will host a series of events dedicated to songwriting. “Paul Muldoon may have conversations with other songwriters about their approach to creating lyrics,” says Conrad Bodman, cultural programs manager at the British Library.

The Paul McCartney: The Lyrics public exhibition will take place at the British Library between Friday November 5, 2021 and Sunday March 13, 2022. More information here.

The lyrics: 1956 to the Present can be found on the official Paul McCartney website.

All the words of Irina Shtreis. Other writings of Irina can be found in the archives of its author.