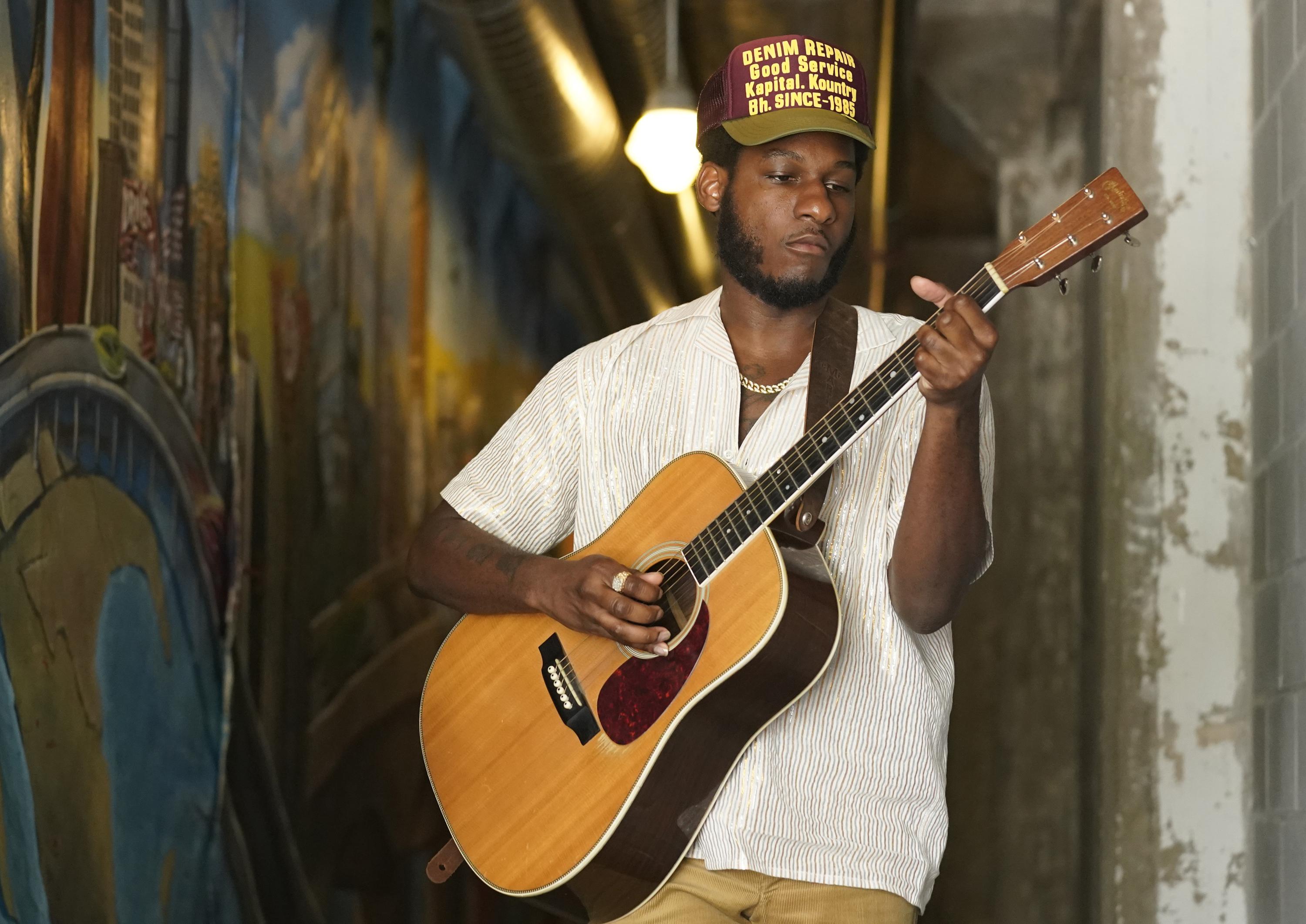 “Gold-Diggers Sound” is a fitting name for the third studio album by an artist who grew rich six years ago with his debut LP.

The fame that followed was a fit for Bridges. He lost his anonymity and felt isolated – an experience he details in the song “Blue Mesas”.

“When you take an insecure person and put them in the spotlight, sometimes it’s a little hard to deal with, you know? He said in an interview this week.

The story behind the album’s name, however, is literal – Gold-Diggers is the name of the hotel where Bridges wrote and recorded his new material.

“I’ve been working and sort of digging and searching for the right sound over the last couple of years,” Bridges said.

He wanted an R&B album “built on organic elements” and Gold-Diggers was “the perfect place to house all of this music”.

Bridges hosted a Grammys party there in 2019 and after logging into the space, decided he wanted the album experience to be immersive – he started a residency at the hotel, brought in employees and got to work.

As the musicians jam and improvise, he sang melodies and phrases over them, gradually shaping each song.

For some, he had in mind a particular artist, like Sade when he wrote “Magnolias”. But for the most part he said he was just “doing me”.

“I didn’t necessarily have an idea what the concept would be like on some of them,” Bridges said.

But he knew he didn’t want to reproduce the sound of his last two albums. He says it was a conscious decision to remain unpredictable. It calls for inevitable growth and change.

“With each album, I want to keep reinventing myself as an artist,” he said.

In “Coming Home”, the influences of gospel music are omnipresent. In “Good Thing”, Bridges relies on a more retro sound.

“When I first entered the game with ‘Coming Home,’ I was immediately cataloged and placed in a box,” says Bridges.

The abandonment of spiritual paths correlated with his relationship to religion. While songs like “River” from her debut album are rooted in Christian symbolism, songs from “Gold-Diggers Sound” like “Sho Nuff” are sultry and playful.

“I was scared at the time to write these songs for fear of not being accepted,” said Bridges. “Right now I don’t really know what my relationship with God is and I think there are still some of those nuances of gospel in music, but it’s more liberating to just make the music I want. “

Thinking outside the box is something he knows to have alienated some fans. But for all the fans he lost, there was a lot that he won.

“Throughout my career I have always been scrutinized for my music being mostly whitewashed,” he said. “But I can see through social media that there are more black people engaging and supporting music.”

Bridges says it was initially “off-putting” for him to hear criticism of his music, but he doesn’t think about it anymore. Rap and hip-hop culture is so inundated with mainstream audiences that even a Young Thug concert can have predominantly white fans, he points out.

He believes artists like Lil Nas X and Lizzo are redefining the boundaries of black art that is accepted within the black community.

“You know, guys like Daniel Caesar, he was kind of at the forefront of that, and it’s really beautiful to see artists who don’t really fit the mold of what’s popular,” he said. -he declares.

As for Bridges, he’s happy with the direction he’s headed and looks forward to the part of the process he loves most – playing out.

“Writing is such a tedious and difficult thing,” he said. “The last step to get on stage and witness this, like a collective effervescence in the crowd and emitting the energy and then recovering it, it’s a beautiful thing.”