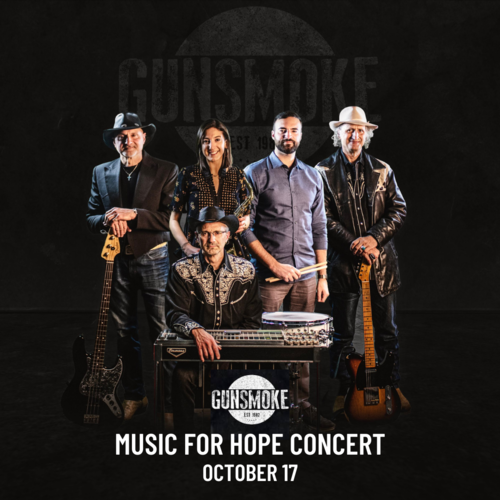 Gun smoke performs regularly at the Opry City Stage on Broadway and has recorded six albums, performed for two serving Presidents of the United States and was inducted into the Connecticut Country Music Hall of Fame. The band was formed by Darien brothers Jeff and Nick DeMaio Jr., and have been playing classic country, western, swing and rockabilly music for over 25 years. In addition to Jeff and Nick, Gunsmoke includes band members Christina Mae, Van Manakas, Guy “Fooch” Fischetti, and Nick DeMaio III.

Gun smoke established Music for hope in 2010 and raised thousands of dollars to fight cancer locally and nationally through concerts, dinner dances and recordings. Founded by Danny Thomas in 1962, St. Jude’s is at the cutting edge of pediatric cancer research. All costs are covered by donations, as no family ever receives a bill from the hospital.

Entrance for the Music for hope fundraising is $ 20. Reservations are required in advance at (203) 554-1507. St. Ann Club is located at 16 Hendricks Avenue in Norwalk.