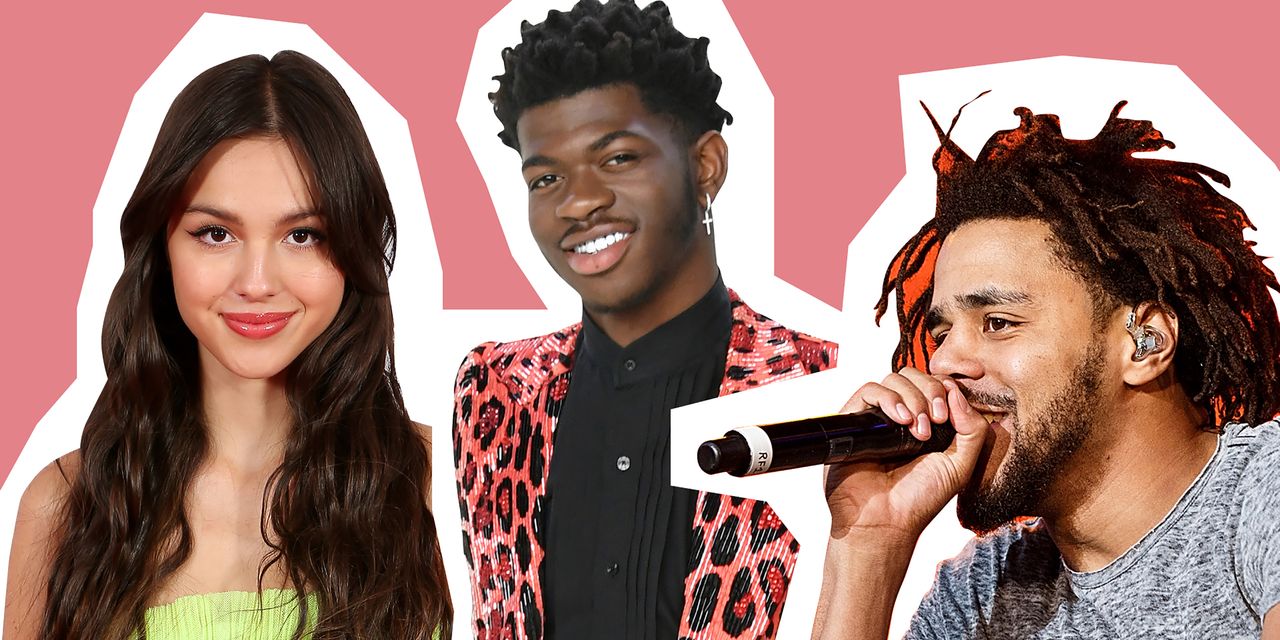 Singer and actress Olivia Rodrigo’s single “Driver’s License” broke streaming records and even inspired a Saturday Night Live sketch earlier this year. This month, she released her second No. 1 hit, “Good 4 U”, and her debut album, Sour, made its strong debut on streaming services. The opening of the album, “Brutal”, shows that Rodrigo is much more than a one (or two) hit wonder. On “Brutal”, she spits out the disappointments of adolescence amid heavy grunge guitar chords. “If someone says to me once more, ‘Enjoy your youth,’ I’m going to cry,” she exclaims urgently.

“The Sun Is Setting”, by Lil Nas X

Rapper Lil Nas X devilishly sparked controversy earlier this year with his No.1 single, “Montero (Call Me By Your Name)”, and its corresponding music video, in which he was pictured doing a lap. dance to Satan. “Sun Goes Down” shows a tender side of the Georgian rapper. On the song, he confronts his struggles with depression and shares his insecurities about his sexuality and the color of his skin. The clip also contrasts with “Montero,” as a Lil Nas X in a white suit acts as a guardian angel to himself. “And I’m happy by the way / to have taken this leap, this leap of faith,” he concludes.

South Korean boy band BTS is upping the energy on their latest single, “Butter.” It’s a catchy pop tune, sung entirely in English, that names Usher and encourages fans to dance: “Side step, right, left to my beat.” “Butter” broke the group’s own records reaching 20.9 million global streams on day one of its release, which was the highest total of first-day streams in Spotify history.

“We’re Between”, by Modest Mouse

Pacific Northwest rockers Modest Mouse will release their seventh full-length album, The golden coffin, June 25. The album’s first anthemic single, “We Are Between,” describes the band in its most existential form. “Somewhere between the dust and the stars,” singer Isaac Brock sings in the chorus amid nimble percussion and a buzzing guitar line.

Since their debut in 2017, Japanese band Chai have become known for their unbridled pop rock. Their third record, Wink, establishes the quartet as more genre-defying, as they explore elements of hip-hop and R&B. “In Pink” expresses the playfulness of the band, while an elastic bass line feeds a groovy ode to the color pink.

Singer-songwriter Chloe Moriondo, 18, started posting videos of herself on YouTube in 2014, and she has since garnered more than 3 million subscribers on the platform. On his first major album, Blood rabbitMoriondo’s spirited, coming-of-age songs have pop punk choruses and moody guitar riffs. “Bodybag” confronts the conflicting feelings caused by a crush on someone. “I want to kiss you on the cheeks, but I also want to hit your teeth,” Moriondo sings in the second verse.

In 2007, rapper and Auto-Tune user extraordinary T-Pain released a track about flirting on the dance floor, “Buy UA Drank (Shawty Snappin ‘)”. Now he’s created a reworked version of the hit starring R&B singer Kehlani, written from a woman’s perspective. She asserts her independence on the track singing softly: “I am not the passenger, I am the pilot / You could ride but you don’t drive.”

“Tomatoes of the country”, by Jack Ingram, Miranda Lambert and Jon Randall

A series of intimate songwriting sessions in Marfa, Texas between country musicians Jack Ingram, Miranda Lambert and Jon Randall over the past few years has resulted in The bands of Marfa, a raw collection of demo-style recordings. The uncluttered nature of the album’s complex fingerings and impromptu asides evokes the heat and the desert sky. “Homegrown Tomatoes” is a cheerful campfire tune reminiscent of the song of the same name by country folk artist Guy Clark, featuring ad-libbing and Lambert laughs throughout.

“Perfect Timing” is the second offering from rappers YG and from Mozzy’s recently released collaborative album, Community service. On an infectious guitar loop, the two rappers recruit another West Coast artist, Blxst, to remember their beginnings and share their hopes for the future without ever losing confidence. “The timing was perfect / But as humble as I am, I deserve it a bit,” Blxst sings in the chorus.

“Already there”, by Joan Armatrading

Since releasing her debut album in 1972, British musician Joan Armatrading has retained her introspective writing and moving voice while navigating a variety of genres. His work ranges from folk and rock to blues and jazz. On June 18, she will release her 22nd studio album, Consequences, and released the spacious, piano-powered “Already There” as the album’s first single.

May has been a busy month for J. Cole. The North Carolina rapper teased his sixth studio album, Off-season, since 2018, and it was finally released this month, along with a new short film, Lobbying: the off-season documentary. The news also broke that he had signed a deal to play professionally with the BBC Rwanda Patriots in the Basketball Africa League. Unlike most of Cole’s previous efforts, Off-season is full of appearances from other artists, including the highlight “My Life,” which features Fayetteville artist Morray throughout and rapper 21 Savage on the second verse. The track was one of four new tracks by J. Cole to make the top 10 on the Billboard Hot 100 chart and Off-season debuted at No.1 on the Billboard 200 Albums chart.

Some of rapper Nicki Minaj’s most beloved music exists on her 2009 mixtape, Beam Me Up Scotty. This month it became available on streaming services for the first time, with three newly recorded tracks. “Seeing Green” is the latest result of the long-standing collaboration between Minaj, Young Money mentor Lil Wayne and label mate Drake. On a looping excerpt from singer Heather Headley’s 2006 R&B song, “In My Mind,” the three rappers boast of their success and wealth, as the title suggests.

“Don’t Go Puttin Wishes In My Head,” by Torres

Epic synthesizers and explosive percussion form a wall of sound around Mackenzie Scott, better known as Torres, on “Don’t Go Puttin Wishes In My Head”. “For a while I was sinking / But from now on I swear I swim,” the New York-based musician sings wholeheartedly over the arena-ready rock jam. The song will appear on Torres’ fifth album, more thirsty, released on July 30.

On “Woman”, rapper Little Simz pays tribute to the women in her life and around the world, from Ghana to Jamaica, via Brooklyn and her hometown of London. The sweet jam features rousing percussions and robust orchestral arrangements. Little Simz asked London singer Cleo Sol to add her feathered falsetto to the chorus. “Woman” to appear on Little Simz’s next album Sometimes I could be introverted, which will be released in September.

“As I used to”, by Sharon Van Etten and Angel Olsen

Two powers of independent rock unite on “Like I Used To”, the first collaboration of Sharon Van Etten and Angel Olsen. The pair’s electrifying harmonies echo among slamming drums and stadium-sized synths, as they together remember: “Sleep late like before / Cross my fingers like before.”

Listen to the full playlist on Spotify here.