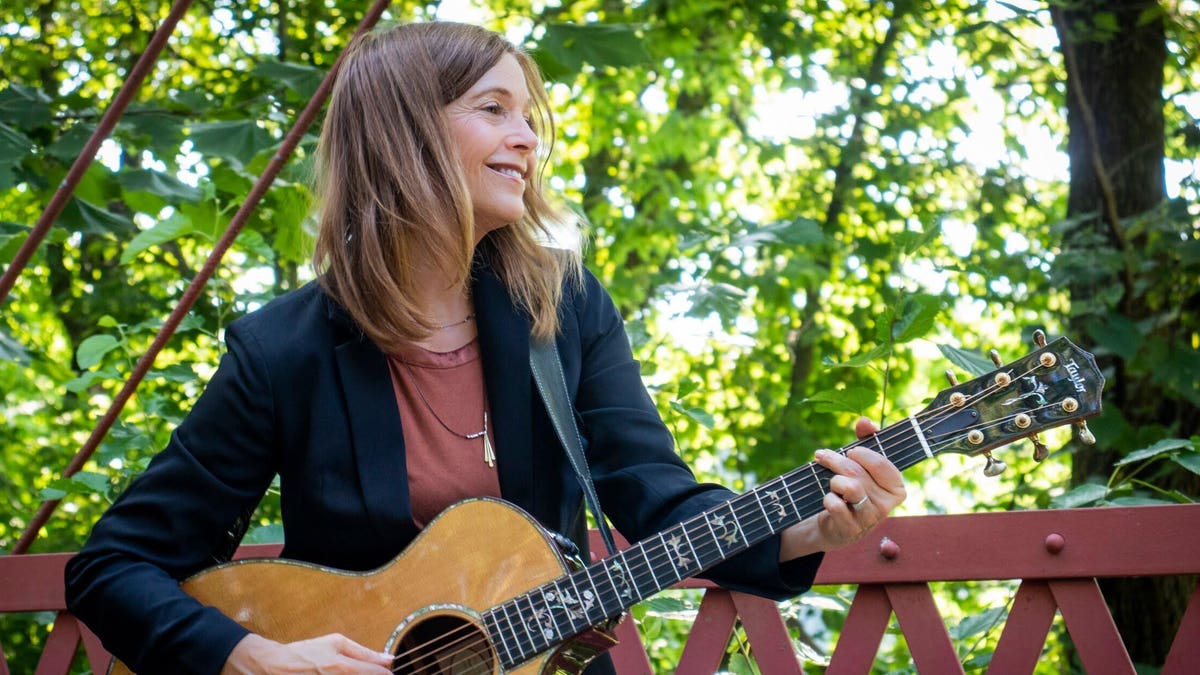 On the new album “Until Now”, folk singer Carrie Newcomer addresses big questions for the company’s ongoing work. The album’s first single, “A Long Way Up”, refers to the pandemic as “the great tangle.” In one conversation, Newcomer, from Indiana, describes the comeback as “ongoing.”

The album title originates from a line found in the song “I Will Sing a New Song”: “I’ve never done this before, at least until now.”

“We’ve all been sailing on something we’ve never had to do before,” Newcomer says. “We try to be better people than we ever thought we needed to be.”

Overall, she says healing from the seizure is not enough. “We have to be transformed,” says Newcomer, who released a book of poetry, also titled “Until Now,” on the album’s release date of September 10.

Of course, the pandemic has presented challenges of varying sizes. Newcomer says her song “Like Molly Brown”, based on the famous Titanic survivor, was born after texting religious educator Parker Palmer about countless video tutorials she watched while working on the construction of a home studio for live musical performances.

“He texted, ‘You’re like a Molly Brown.’ I replied: ‘What?’ And he said, “Just keep rowing. I thought, ‘What a great comment.’ I went out for a walk right after I got this text and started singing about wanting to be like Molly Brown, this idea of ​​when the ship sank, she got in the boat and she started rowing .

The song became a celebration of resilience and hope, with additional tributes to “women who have worked for something better, even under the most difficult circumstances,” Newcomer said. Beyond Brown, the song mentions Ruth Bader Ginsburg, Rosa Parks, and anti-slavery activist Lucretia Mott.

The singer-songwriter’s exchange with Parker, author of “On the Brink of Everything: Grace, Gravity, and Getting Old,” was not a one-off conversation. Since July 2018, Newcomer and Parker have co-hosted a podcast called “The Growing Edge”.

The newcomer says they share a “wonderful, creative company.” Since 2017, Newcomer, Parker and pianist Gary Walters have sometimes performed the spoken word and music project “What We Need Is Here: Hope, Hard Times and the Human Possibility”.

Among the countless disruptions of the pandemic, Newcomer says she experienced a certain degree of writer’s block when creating songs.

“Writing songs is like breathing for me,” she says. “This is usually my first response to just about anything. But for some reason the songs got tough. They came, but they came strong.

Meanwhile, writing poetry has proven to be a cinch for Newcomer, who refers to the album and book “Until Now” as backing tracks.

“Most of the time my songwriting process starts with writing short stories, essays, different types of prose writing, poetry – especially poetry,” she says. “After really working on an idea with language like that, I switch to music. “

Discussing how songwriting has slowed down and new poems have flowed, Newcomer says she’s sure many people have experienced similar changes.

“Our outlets, our coping mechanisms, our patterns and rhythms of our lives have changed,” she says. “We had to understand, ‘How can I work in this area? “How can I find where things will flow again?” “