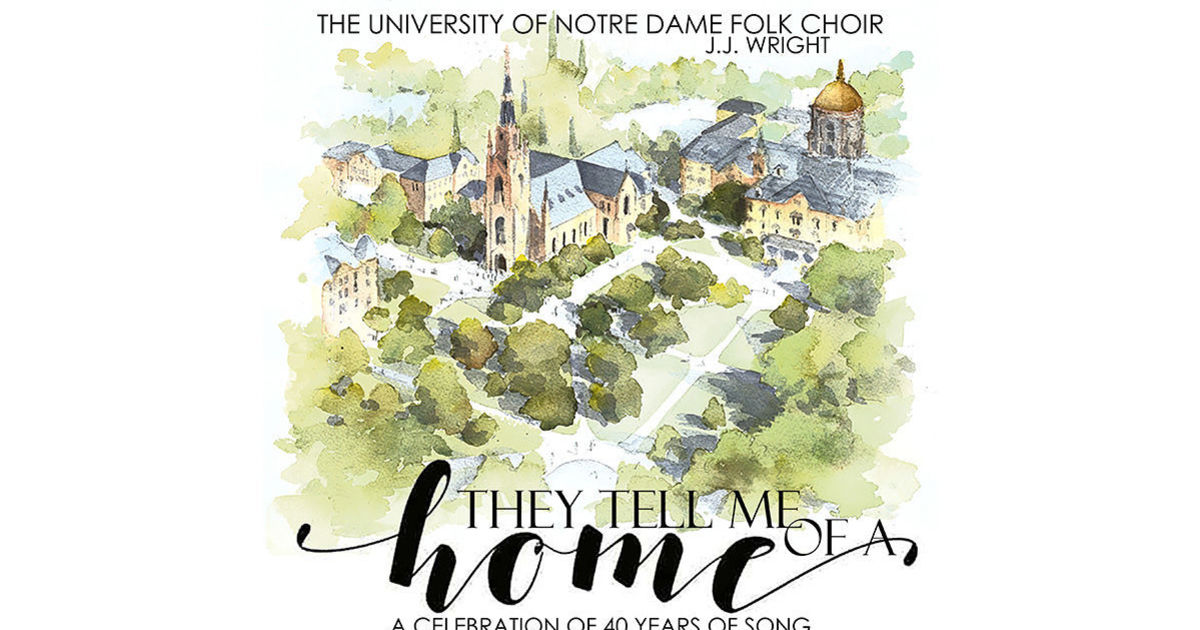 To celebrate the Folk Choir of the University of Notre DameThe 40th anniversary of the choir will release a new album, “They Tell Me of a Home”. The album will be available on Friday (May 28) on all digital platforms. A 40th anniversary concert broadcast live de la Basilique du Sacré-Coeur will follow at 2 p.m. on Saturday (May 29).

The title, “They Tell Me of a Home”, is inspired by the lyrics of “Unclouded Day”, an American folk anthem and the ninth track from the album. The choir found hope in these words during a year characterized by suffering, loneliness and loss. This track beautifully captures the Folk Choir’s mission to “tell” the entirety of their faith through their music. Throughout the fall semester, each member of the 60-person choir produced individual recordings of their voices, which were then compiled to produce the entire album.

“They tell me about a house” seeks to honor the long history of the choir at Notre Dame, particularly the work of Folk Choir Founder and Director Emeritus Steven C. for the past 40 years. The album features traditional Catholic hymns that have been part of the Folk Choir’s repertoire for decades, such as “Christ Be Our Light” and “Day is Done”. Also featured on the album is ex-Folk Choir student Danielle Rose, who wrote and performed the solo on “Shelter Your Name”. The album features “Rex”, a song composed by director JJ Wright with a solo performed by Mary Gorski, class of 21. The marriage of compositions and talents from the past and present of the choir is a testament to the group’s commitment. to honor its rich history while striving to continue to expand its ministry beyond the Notre Dame campus.

The May 29 livestream is co-sponsored by GIA Publications, OCP, the National Association of Pastoral Musicians, ThinkND and ND Loyal.