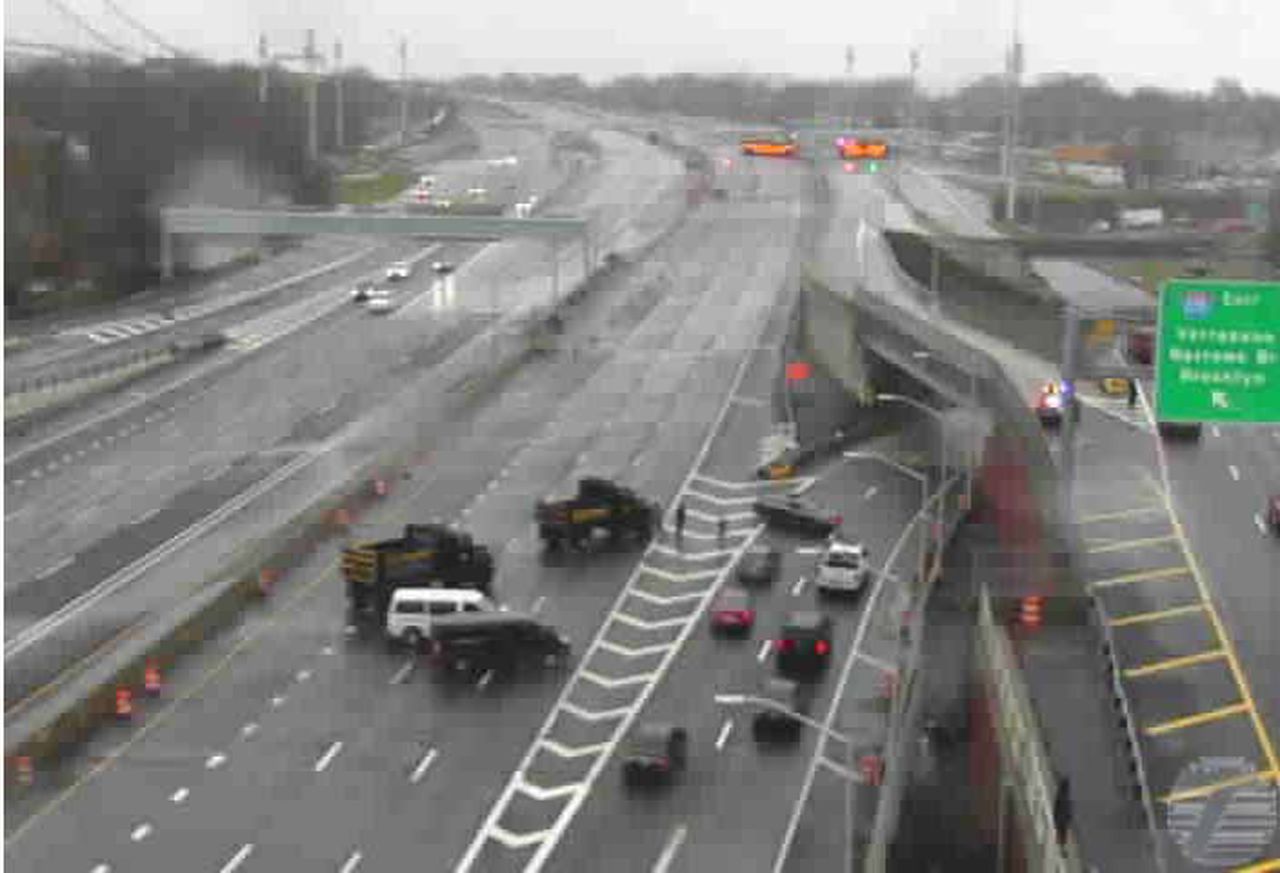 Update: As of 4:33 p.m., all levels of the Verrazzano-Narrows Bridge have been reopened in both directions. Residual delays are to be expected.

STATEN ISLAND, NY – Strong wind and rain briefly caused the Verrazzano-Narrows Bridge to be completely closed on Monday afternoon, causing a deadlock as the bay approached that forced some motorists to leave their vehicles.

A full closure was initiated on the bridge due to bad weather at 2:28 p.m., an MTA spokesperson said, although the lower level was reopened at 3:02 p.m.

New York Department of Transportation traffic cameras at 2:56 p.m. showed motorists along the service road leading to the slip road at the Verrazzano-Narrows Bridge.

There are big delays on the Staten Island Expressway and the Gowanus Expressway to the bay.

The MTA recommends that motorists allow additional travel time due to the partial closure.

Earlier Monday morning, only the upper level of the span was closed in both directions, due to a “debris condition,” according to the city’s Notify NYC alert system.

A video posted on social networks appeared to capture loose construction tarps flying in the wind past vehicles on the span.

From 10 a.m., all empty semi-trailers, tandem trailers, piggyback trailers, double trailers and multiple trailers have been banned of the span due to the wind, according to the MTA.

The decision to close the bridge comes about four months after five trucks overturned in minutes during Tropical Storm Isaias.

A National Weather Service wind advisory is in effect until 7 p.m.

According to the National Weather Service, southeast winds of 20 to 30 mph could blow up to 50 mph on Staten Island and throughout the New York City area.

“Isolated thunderstorms with strong to destructive wind gusts are possible from mid-afternoon to tonight,” according to the National Weather Service.