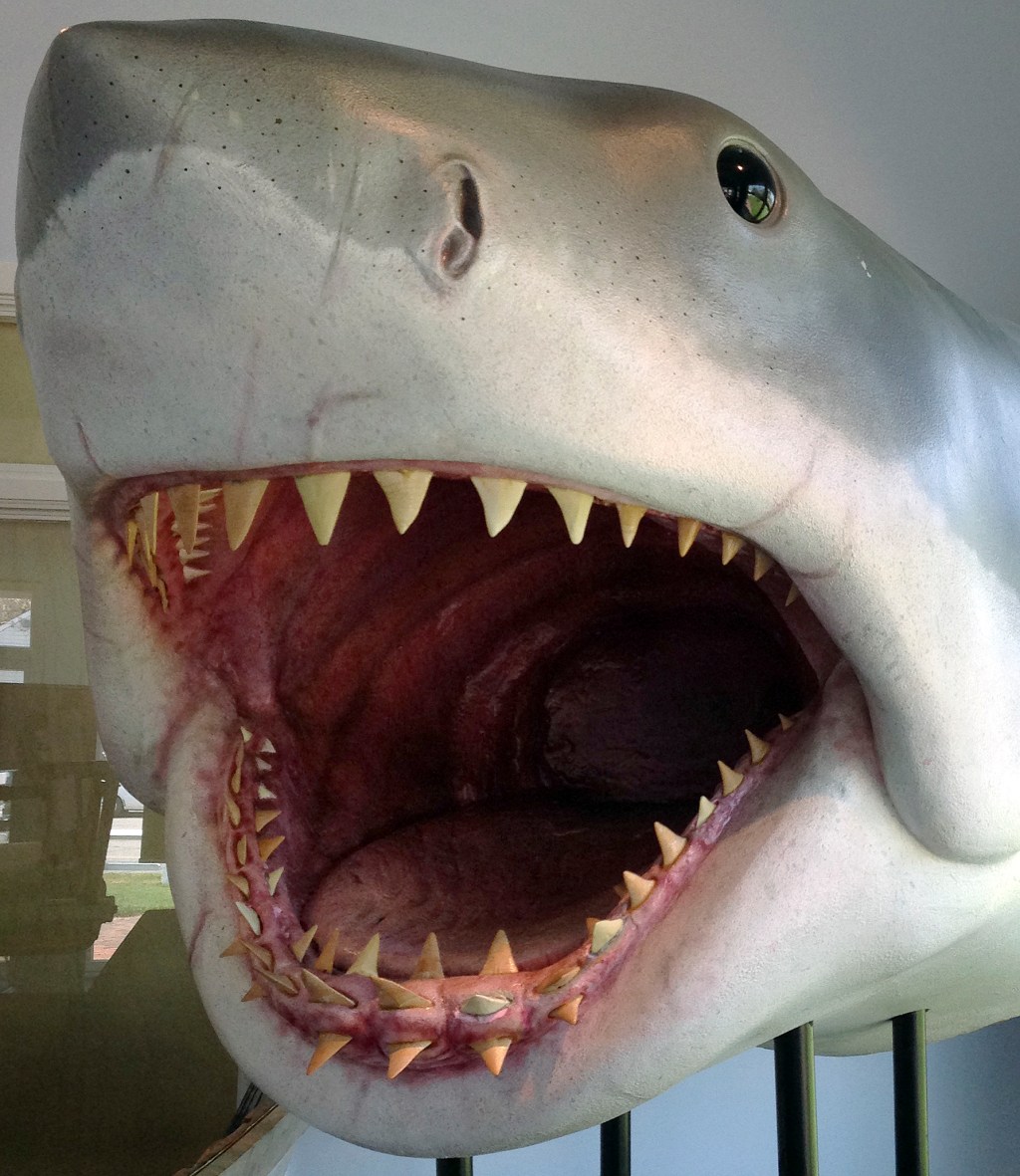 Summer has arrived and the time has come for… sharks! Well, we’re hoping Cape Town’s beaches will be big critter free this summer, so maybe we can look at this playlist as a preemptive strike. Sharks have appeared in a number of rock and rap songs, including some great obscurities that we unearthed for this playlist. Feel free to find the songs online and blow them up on your next trip to the beach.

There was probably a time in history when you could hear this Brecht / Weill song without impulsively snapping your fingers, but that was before Bobby Darin turned it into an eternal hip track. Behind its groove hide some pretty macabre lyrics, between the body overflowing with life and the bags of cement (“Whoo!”) Hanging from the tugs. Among the many other recorded versions, we would choose that of the Psychedelic Furs who brought “Mack” back to the underworld.

Jimmy Buffett, “Ailerons”
No one writes beach songs like Buffett. And this one is pretty smart, not dealing with surfing but with the Gulf Coast singles scene. The song sharks are the ones that frequent certain pickup bars. If you’ve been to a Buffett concert, you can count on the song of the chorus (“Ailerons left, fins right”) to cause a lot of wave dancing and a few flying rubber sharks.

Take a little beat poetry, a touch of hipster jazz, play it at punk rock speed and give it all the Mark Sandman swagger, and you’ve got the biggest shark song to come out of Boston. It was Sandman in his most paranoid form, but also the funniest.

Also from Boston, and also in a paranoid mood, was this daring songwriter who was a trending property in the early ’90s – thanks to songs like this, which observes people’s shark behavior and is built up a cry of “No, that wasn’t good.”

Brothers Tim and Neil Finn made their first appearance with the early ’80s hit’ I Got You ‘, but the same album had that weirder rocker that goes a bit over the top by equating a bad romance with a rampage. shark. Neil of course went on calmer waters in his next group, Crowded House.

LL Cool J is one of hip-hop’s all-time greats, but his fans did a double take when he built that number around the eccentric line “My hat is like a shark fin.” He had just signed up to star in the movie “Deep Blue Sea” and apparently needed to come up with a theme song in a hurry.

Shark songs were less of a problem for this tough Southern rapper, who mentions shark teeth as one of the many ways he plans to devour his opponents. “I’m a shark in the water, you come from Long John Silver.”

Blue Oyster Cult made gorillas (“Godzilla”) and of course they made cowbells, so they eventually had to make sharks as well. It was the band’s last radio hit in the early ’90s and it’s a moody break-up song, with the shark being a bullet train: “I’m sick of carrying your love around.”

In the mid-1970s, Southern power-popper Dwight Twilley was releasing his first hit “I’m on Fire”, and wrote this sure-fire follow-up about a lady who made him feel like a shark. Then the movie “Jaws” came along and Twilley said “Great, now it will definitely be a hit.” No, his label said, now that sounds too fancy, and they put it aside for years. Twilley doesn’t care, he’s still a cult hero with a few dozen good albums.

Last on the list, and rightly so, is this utterly ridiculous (but we loved it) novelty from the late ’70s. Dickie Goodman has made a career out of “interview” recordings where the questions are answered with an excerpt from a current hit song, and this makes the entire movie “Jaws” in two minutes (“The Captain Says He’s Gonna Catch You, Mr. Jaws… What What do you think? ”Answer, courtesy of the Bee Gees:“ Jive talkin ‘! ”) They certainly don’t write them like that anymore.